At WBHS for Fair Park Christmas concert. PACKED. I'm sure this will be adorable! Always well done. This is a much better venue.
Posted by West Bend Citizen Advocate at 5:48 PM No comments:

Freedom From Religion Gets the BOOT in AZ

A federal judge in Arizona ruled Monday that the Freedom From Religion Foundation (FFRF) does not have the legal standing necessary to stop Arizona Gov. Jan Brewer from declaring days of prayer for the state.
...
FFRF, which is based in Wisconsin, filed its lawsuit last year. In dismissing it, Judge Roslyn Silver wrote that “encouraging” prayer isn’t injurious to anyone.

Word Up from Rebecca Kleefisch

Nativity Set is UP at the Capitol Rotunda 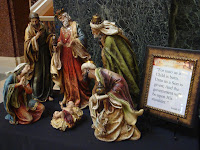 Wisconsin Family Council has donated a beautiful Nativity set that is now present in the State Capitol rotunda, despite the objections from Freedom from Religion Foundation. Thanks to Julaine Appling for her persistence in pursuing this beautiful depiction of our Christian heritage and REAL reason for Christmas celebration!

I attended the "Stand With Walker" rally in West Bend today. I believe it was organized by Jim Geldreich, chairman of the Washington County Republican Party. Local residents, members of W-C3, CSC, all rallied together and it was a fun morning! It was well attended, with over 100 people lining Paradise Drive. One thing was obvious throughout the two frigid hours we stood there on this sunny Saturday - WE ARE the 99%.
Took some pics and a video... Enjoy!

Liberty Counsel
Get the scoop on who's "naughty".....and who's not!
Posted by West Bend Citizen Advocate at 1:03 PM No comments:

In this recent article in the West Bend Daily News (you'll have to scroll all the way down to the bottom for the article), United Way received a glowing report, encouraging local Washington County residents to give, give, give. Many, if not most, of the organizations supported by United Way are reputable and trustworthy. However, let's shed some light on reality.
United Way supports PLANNED PARENTHOOD. Click HERE if you don't believe me. Nationally, in 2008, United Way contributed an estimated $1.9 million to Planned Parenthood. Additionally, United Way donations to local charities refer women to family planning services that include abortion. The national United Way website (www.LiveUnited.org) also directs volunteers toward Planned Parenthood. While not every state/agency, or Washington County for that matter, promotes Planned Parenthood, many do. One is too many.
This Christmas season, let's not contribute to killing babies. I think it's in poor taste.
Yes, yes, I know that you can choose to "designate" where your donation goes according to whom you wish to support. However, don't be fooled. That option is a misnomer. If you "designate" to a specific charity, that just means less of the UNdesignated funds will go to that charity.
In addition, United Way will take some off the top for overhead, meaning LESS goes to the charity.
SOLUTION = Give DIRECTLY to the charity of your choice. Nobody needs a middleman to help us send a check.
Remember, too, that "time is money." If you can't afford to give, maybe dropping in at the location of your favorite charity and lending a hand would be a great option for you, and a blessing to them!
Posted by West Bend Citizen Advocate at 7:10 AM 2 comments:

Though the hoodlums, er, I mean, protesters/Recallers/thugs/slobs that have been defacing our State Capitol, leaving behind garbage, odors, food products, profanities, and bathroom facility unmentionables are angry over this decision, Walker's people have it right. As of December 16, if you make the mess, you get to clean it up or pay for those who will do it for you.
Hey, Recallers....OWN IT.
READ ENTIRE ARTICLE HERE:

The Scott Walker Administration says it will tighten access to the Capitol starting December 16th, requiring permits and payment from protesters.

Just for good measure, ya know.... Integrity and all.

Tea Party leaders in Wisconsin are happy with what they are calling an overwhelming response to their efforts to verify the signatures on the Governor Scott Walker Recall petitions.
...
In one day, more than 1,000 volunteers from across Wisconsin and the nation have already signed up to help two Tea Party groups verify the petitions in the upcoming gubernatorial recall.

Freedom From Religion Disses Christmas at the Capitol

Dear Freedom from Religion Folks:
At this Season of great joy for the Savior's birth, faith will prevail, as always.
There is A God.
Satan is alive.
Angels, heaven and hell are real, and you will know soon enough.
There is only one world, and you only get one chance to get it right.
Religion is about being sure of what you hope for and certain of what you do not see.
It is denial of these Truths that hardens hearts and enslaves the soul.
This Christmas, receive Him who died for you. Freedom isn't about religion, it's about being free.
Merry Christmas
Posted by West Bend Citizen Advocate at 9:43 PM 1 comment: 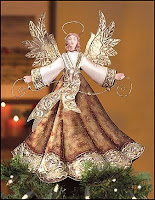 It's beginning to look a lot like Christmas here at your State Capitol as folks busily decorate the grounds in anticipation of all of the visitors that will be coming over the next several weeks! Remember Bing Crosby? -http://www.youtube.com/watch?v=GcZAwoip5aY

The Capitol Christmas Tree will be lit during two performances of the Kiwanis Club Christmas Pageant at 4:15 and 5:15 p.m. this Sunday, December 4th. http://www.doa.state.wi.us/events_detail.asp?eventid=1147&locid=4

Video about this year's tree that comes to us from the Brule River State Forest:
http://www.northlandsnewscenter.com/news/nw-wisconsin/Wisconsin-State-Capitol-Christmas-Tree-Fresh-From-the-Northland-134125318.html

Come early as Tours of the Capitol run from 1-3 p.m. on Sunday.

P.S. How nice it would be if a Church, civic organization, business or family stepped forward and sponsored a Capitol Nativity like they have in other states.

Posted by West Bend Citizen Advocate at 11:17 AM No comments: