Gov. Scott Walker and Milwaukee Mayor Tom Barrett will meet for one final debate Thursday night before Tuesday's recall election.      The debate begins at 9 p.m. and is being broadcast statewide from Milwaukee.

Wisconsin Family Action will be live tweeting the debate.


Posted by West Bend Citizen Advocate at 8:56 AM No comments:

Our family attended the Memorial Day parade in West Bend.  We witnessed many, many servicemen, young and old, representing all branches of service.  We were humbled by their presence and honored to be the recipient of the freedom that comes with sacrifice.  Vintage cars, military vehicles, new 'vettes passed by.  Elected officials walked, waved and lent time to honor this day of remembrance.

And then there was the lone recaller......

He had a large sign across the back of his cycle that read "Recall Walker."

A true spoiler to a solemn and honorable event.

Who let this happen?

Here are a few pics of those who served, along with a "thank you" to all military personnel, past and present. 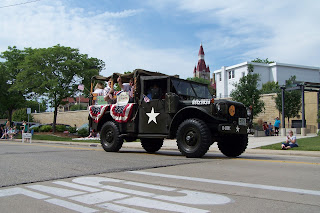 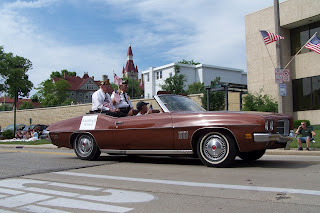 Posted by West Bend Citizen Advocate at 12:31 PM No comments:

In this SPOOF done to rebut a comment made by Sen. Fitzgerald by his opponent for the 13th District, Lori Compas (whose claim to fame is getting names on recall petitions and delivering boxes to the Capital), the "average housewife" is given the appearance of a brainless idiot.  Of course, to be sure we understand a housewife's role, Compas herself appears in the starring role wearing pearls, an apron, a dress, and carries a duster.  To Compas, it seems, that's the iconic look of the stay-at-home woman.  She couldn't appear to have been hard at work on something like, oh, the family taxes, or the household budget, or wiping a kids' puke off the floor, or taxi'ing children to events, strategizing future family investments, or the like.  I suppose this was Compas's idea of passing off humor; However, this is an epic FAIL with regard to the message she is sending to women who work at home.  I am not talking about women who have jobs outside of the home that they are able to perform within their home setting, I'm speaking of women who work full-time right within their own domains, children or no children.  Compas's appearance in the skit of a housewife-bimbo tells us that she clearly believes the only way she could get her message across to Fitzgerald was by slashing and burning one of her own kind - a WOMAN.

While using her two children (wearing T-shirts labeled "union thug" and "protest junkie") to aid in sending a sad message of disdain toward another human being while disrespecting housewives everywhere (shame), Compas implies that she did not need her husband in order to initiate and run a recall.

Let's test that message out...

HERE you can witness her husband, Eric (an Asst. Prof. at UW-Whitewater) helping out his wife with "analyzing the distribution of signers [recall signatures]."  He generously "tweets" this information out as well HERE.

HERE is Eric's map of campaign contributions for Scott Fitzgerald, and, interestingly, HERE is Lori's statement that coincides with the findings on his map.  Hmmmm......

Lastly, Compas clearly needed her husband (and even her children) to pull off an offensive campaign slur in a youtube video skit.  Guess she's really NOT in this alone after all, is she?

For the record, Fitzgerald said he doesn't buy Compas' Pollyanna image. He knows some people are painting the race as a David-vs.-Goliath contest. But Fitzgerald said he thinks her husband is one of the main forces behind her campaign, as well as unions and protest groups.
"I don't for one minute believe she is the organizing force behind this whole thing," he said.

What the average voter can easily understand from this:  She is backed by others such as unions, special interest groups (she is endorsed by Planned Parenthood and FAIR Wisconsin -a pro gay group), and her husband, Eric, a teacher, who organized a protest walk from UW-Whitewater to the Capitol to hand-deliver a message from the UW-W teachers opposing the Budget Repair Bill. (As an aside, both of Compas's parents are retired schoolteachers.)
Fitzgerald's comments are legit.  Her husband clearly has a stake in his wife's endeavors.  To say he is not a driving force is to deny the obvious.
Compas gets a thumbs down for items too numerous to mention.
Last, Compas clearly needs to be held up by "somebody."  If you go to her "listening sessions" HERE and HERE, you will find Compas stating that she knows little of the issues concerning her district or the state, and that she is there to "listen."  She gives no indications of her position on anything, and for all one can gather from these sessions, she is pro-Cottonelle and anti-Charmin, which isn't telling you much.
Compas should stick to photography.  At least it doesn't involve misleading the general population of her district.  And everyone smiles at you.
Posted by West Bend Citizen Advocate at 2:58 PM 1 comment: 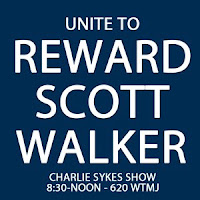 POLLS ARE OPEN!
Posted by West Bend Citizen Advocate at 7:30 AM No comments:

Posted by West Bend Citizen Advocate at 5:13 PM No comments: